Complete the form below to receive the latest headlines and analysts' recommendations for Big Yellow Group with our free daily email newsletter:

Big Yellow is the UK's brand leader in self storage. Big Yellow now operates from a platform of 97 stores, including 22 stores branded as Armadillo Self Storage, in which the Group has a 20% interest. We own a further eleven Big Yellow self storage development sites (including two extension sites), of which two have planning consent. 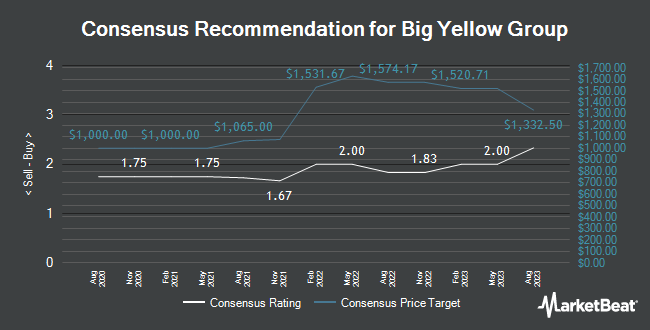