Complete the form below to receive the latest headlines and analysts' recommendations for Arrow Electronics with our free daily email newsletter:

In other news, CEO Michael J. Long sold 60,122 shares of the stock in a transaction that occurred on Monday, November 25th. The stock was sold at an average price of $80.45, for a total value of $4,836,814.90. Following the completion of the sale, the chief executive officer now directly owns 295,071 shares of the company’s stock, valued at $23,738,461.95. The transaction was disclosed in a filing with the Securities & Exchange Commission, which is available through this hyperlink. 1.40% of the stock is currently owned by corporate insiders.

Arrow Electronics (NYSE:ARW) last announced its quarterly earnings results on Thursday, February 6th. The technology company reported $2.20 earnings per share (EPS) for the quarter, beating the Zacks’ consensus estimate of $2.17 by $0.03. The firm had revenue of $7.34 billion during the quarter, compared to the consensus estimate of $7.34 billion. Arrow Electronics had a positive return on equity of 12.67% and a negative net margin of 0.71%. The firm’s quarterly revenue was down 7.3% compared to the same quarter last year. During the same period in the prior year, the company posted $2.57 earnings per share. As a group, analysts anticipate that Arrow Electronics will post 7.75 earnings per share for the current fiscal year.

Featured Story: What is the price-to-earnings growth (PEG) ratio? 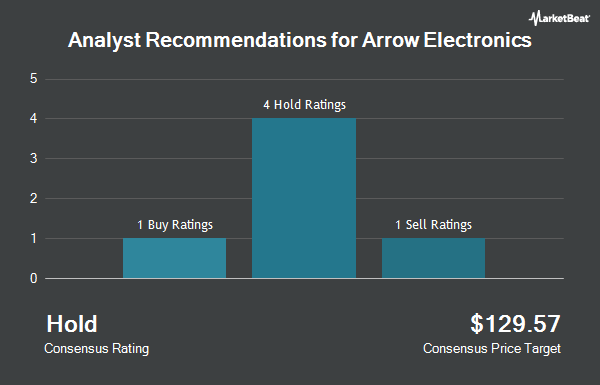