Complete the form below to receive the latest headlines and analysts' recommendations for Keysight Technologies with our free daily email newsletter:

Keysight Technologies (NYSE:KEYS) last announced its quarterly earnings data on Tuesday, November 26th. The scientific and technical instruments company reported $1.33 EPS for the quarter, beating analysts’ consensus estimates of $1.12 by $0.21. The company had revenue of $1.12 billion during the quarter, compared to the consensus estimate of $1.09 billion. Keysight Technologies had a return on equity of 29.25% and a net margin of 14.43%. The company’s quarterly revenue was up 6.8% compared to the same quarter last year. During the same quarter in the prior year, the firm earned $1.01 EPS. As a group, analysts expect that Keysight Technologies will post 4.83 EPS for the current year.

See Also: What is the Consumer Price Index (CPI)? 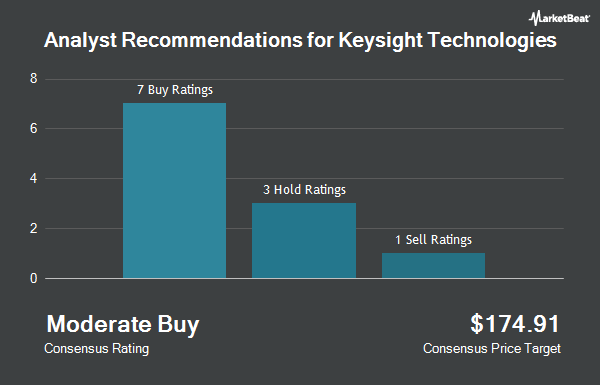