Complete the form below to receive the latest headlines and analysts' recommendations for Extraction Oil & Gas with our free daily email newsletter:

Extraction Oil & Gas (NASDAQ:XOG) was downgraded by stock analysts at BidaskClub from a “hold” rating to a “sell” rating in a report released on Tuesday, BidAskClub reports.

Extraction Oil & Gas (NASDAQ:XOG) last announced its quarterly earnings data on Thursday, November 7th. The energy company reported ($0.12) earnings per share (EPS) for the quarter, beating the consensus estimate of ($0.15) by $0.03. The business had revenue of $196.97 million during the quarter, compared to analysts’ expectations of $225.88 million. Extraction Oil & Gas had a negative return on equity of 5.61% and a net margin of 10.06%. Equities analysts expect that Extraction Oil & Gas will post -0.23 EPS for the current year.

Extraction Oil & Gas, Inc, an independent oil and gas company, focuses on the acquisition, development, and production of oil, natural gas, and natural gas liquid reserves in the Rocky Mountain region, primarily in the Wattenberg Field of the Denver-Julesburg (DJ) Basin of Colorado. The company also engages in the construction and support of midstream assets to gather, process, and produce crude oil and gas. 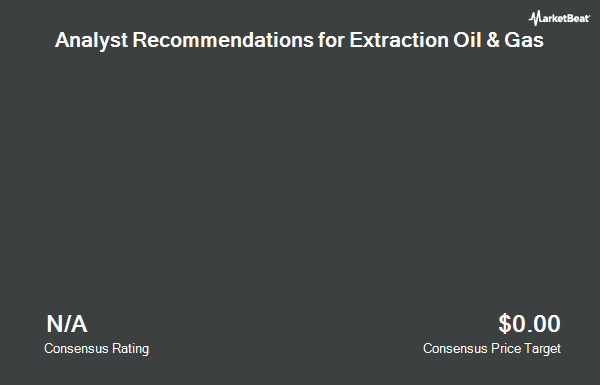